Energy, commons and the rest

Deep-water formation in the Bering Sea​

Changes in North Pacific Deep Water (NPDW) ventilation are prone to greatly affect global climate through storage/release of CO2. However, past dynamics of this water mass are not well–resolved to date and paleorecords provide contradictory insights. For instance, during the Last Glacial Maximum (ca. 20 ka), when the atmospheric CO2 content was low, ventilation of the NPDW was shown to be either stronger (Lund and Mix, 1998) or reduced (Galbraith et al., 2007).

Today, no deep water forms in the North Pacific due to low sea-surface salinities. Marginal seas in the North Pacific have been proposed as potential areas for deep convection, especially at times of intense sea-ice formation and related higher sea-surface salinity. In particular, the Bering Sea bears such a potential and has been showed to provide great amounts of water and sediment to the North Pacific during the warm Pliocene (van de Flierdt et al., 2003) and during the glacial stages of the Pleistocene (VanLaningham et al., 2009). Recently, formation of intermediate water was demonstrated in the southern Bering Sea (Horikawa et al., 2010), but the bathymetric extend of this convection is still unknown.

During IODP Campaign 323 (summer 2009), continuous and undisturbed sedimentary sequences have been drilled on Bowers Ridge (southern Bering Sea), which cover the past 5 Ma. We propose to investigate the neodymium (Nd), strontium (Sr) and lead (Pb) isotopic composition of seawater-derived ferromanganese coatings of sediments for IODP Core U1341B located at ca. 2000 m water-depth. Together with measurements of Nd, Sr and Pb isotopes on foraminifera, bulk sediments and specific grain-size fraction, these analyses should provide valuable insight about Bering Sea Deep Water (BSDW) dynamics and sediment transport. We aim at reconstructing the changes in BSDW and sediment source, and relate them to regional paleoenvironmental changes and global climatic changes. We also aim at contributing data for a spatio-temporal reconstruction of intermediate and deep water changes in the Bering Sea during the past 5 Ma, together with other scientific teams involved in the IODP Campaign 323. 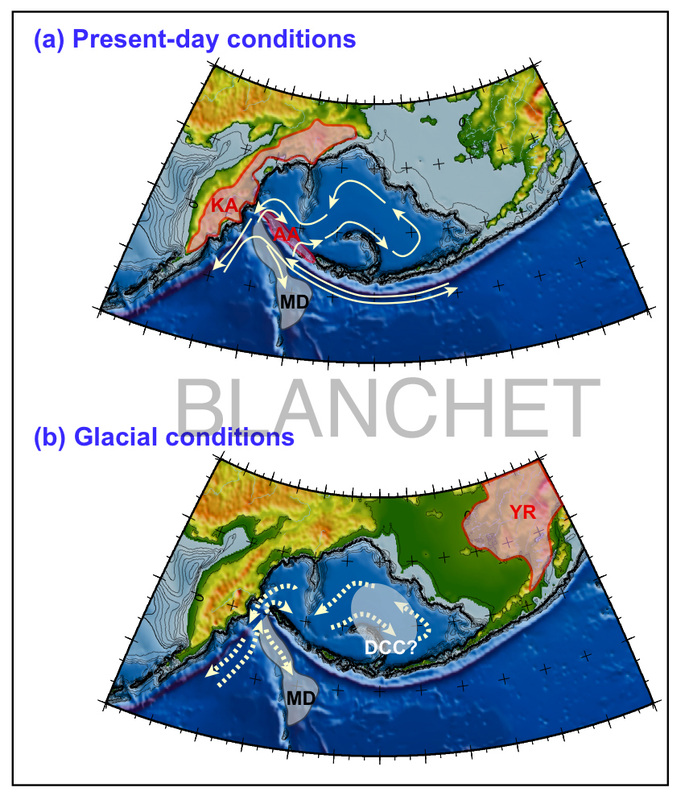